To Susan On The West Coast Waiting/Atlantis 45 by Donovan 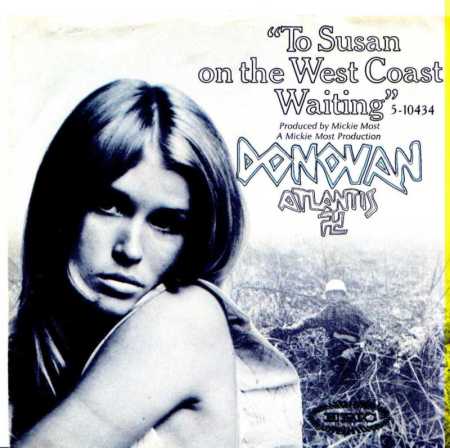 Donovan was just about at the end of his string of top 40 hits when “To Susan On The West Coast Waiting/Atlantis” was released during 1968. In fact, he would only have one more song reach the top 50.

I prefer the U.S. A side as “To Susan On The West Coast Waiting” was a gentle song that looked back to his folk period. Sometimes simple is best. “Atlantis,” on the other hand, was psychedelic folk, but not of the quality of “Mellow Yellow” or “Sunshine Superman.” I found it a tad repeditive for my taste.

This entry was posted on Sunday, June 12th, 2011 at 4:41 pm and is filed under Donovan Reviews, Small Record Reviews: The 45. You can follow any responses to this entry through the RSS 2.0 feed. Both comments and pings are currently closed.