Saturday’s Father 45 by The Four Seasons 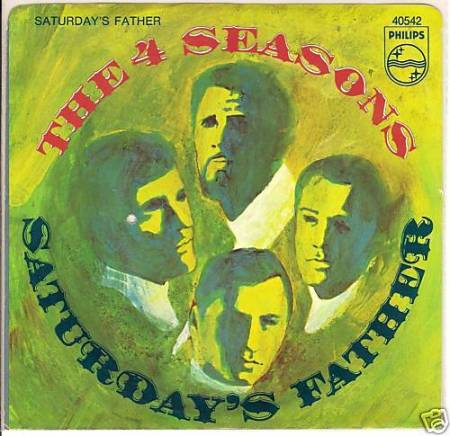 The Four Seasons career was on a downward spiral as the 1060s came to a close. The music landscape was changing and their brand of pure pop was not being recived as well as in the past. It would not be until the mid-1970s that they would make a comeback.

The Four Seasons began to tinker with their sound and “Saturday’s Father” was symbolic of their new style. The harmonies were still present but the songs and melodies were not as smooth.

The public re-action to their new style was poor as “Saturday’s Father” became one of their very few singles not to chart.

This entry was posted on Saturday, January 28th, 2012 at 10:19 pm and is filed under Four Seasons Reviews, Small Record Reviews: The 45. You can follow any responses to this entry through the RSS 2.0 feed. Both comments and pings are currently closed.