Miss You 45 by The Rolling Stones 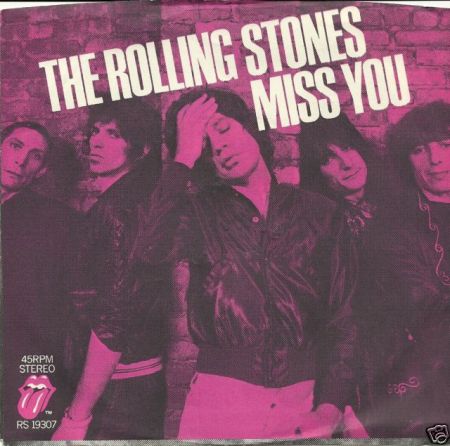 Another of the Stones songs from their funk/disco period that took them away from their rock roots. It proved to he a huge hit reaching number one on the BILLBOARD MAGAZINE Pop Singles Chart in the United States.

The song was not as tight as many of the Rolling Stones songs as Mick Jagger and keyboardist Billy Preston added a jam like quality to it.

ROLLING STONE MAGAZINE placed the song at number 498 on their list of the 500 Greatest Songs Of All Time. I still don’t get it.

This entry was posted on Saturday, March 17th, 2012 at 3:29 am and is filed under Rolling Stones Reviews, Small Record Reviews: The 45. You can follow any responses to this entry through the RSS 2.0 feed. Both comments and pings are currently closed.