We Can Work It Out By The Beatles

“We can Work It Our” topped the American Singles Chart for three weeks beginning January 8, 1966. In England, “We Can Work It Out” and its flip side “Day Tripper” shared the number one honor.

“We Can Work It Out” was a Paul McCartney composition and he provides the lead vocal. It was one of their last releases before their music would begin to undergo a creative transformation.

Beatles Reviews, Number One Billboard Pop Singles: Reviews | Tagged: Beatles, We Can Work It Out |

Monsters Of Rock: Live At Donington 1980 By Rainbow 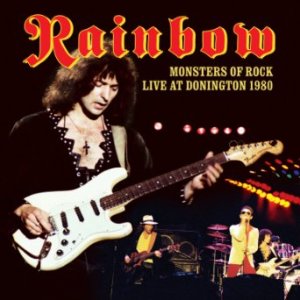 Ritchie Blackmore has had three distinct periods to his career. First he was the lead guitarist for Deep Purple, which made him a member of The Rock And Roll Hall Of Fame. Since 1997, he has found peace and happiness as part of the renaissance rock outfit Blackmore’s Night with partner Candace Night. In between he was the lead guitarist extraordinaire and front man for his own band Rainbow, with one pit stop when he reunited with Deep Purple for a short time.

During its existence Rainbow went through a number of personnel changes. When they performed at Donington, August 16, 1980, Blackmore was joined by vocalist Graham Bonnet, keyboardist Don Airey, bassist Roger Glover, and drummer Cozy Powell.

Vocalist Bonnet was only with the band for a short time and was in the unenviable position of replacing Ronnie James Dio. The rest of the band, in retrospect, is more like a hard rock all-star band.

The music from their Donington performance has been around in bits and pieces for a number of years. Now all the available music and footage from the concert has been issued as a CD + DVD set under the title Monsters Of Rock: Live At Donington 1980. This is the first time the concert has been released as a full length CD. The DVD is shorter, which probably means there is video footage that is lost.

Blackmore steals the show as he has rarely played better, which is quite a statement. The solos contained in “Catch The Rainbow” and “Stargazer” are rediscovered classics.

The concert is a combination of the band’s songs of the day, two covers including their hit “Since You Been Gone” and a surprisingly creative “Will You Love Me Tomorrow,” plus a couple of Rainbow staples, including a crunching “Ling Live Rock ‘N’ Roll.”

Live At Donington: 1980 fills a hole in the Rainbow legacy with a document of a short-lived line-up. A nice addition for fans of the band, Blackmore, and Deep Purple.

Butter For The Biscuit By Tasha Taylor 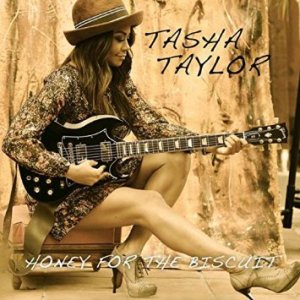 Tasha Taylor is the daughter of soul and Stax label legend Johnnie Taylor so the genetic code is in place; it just depends on how you use it. She is doing just fine as her latest release, Honey For The Biscuit, proves.

She has a smoother approach than her father and her ability to write her own material sets her apart from many of her contemporaries.

She has a soulful voice that is a perfect vehicle for interpreting her lyrics. It makes for an album that just percolates along. Her ballads carry the album but songs such as “Wedding Bells” with some Stax-like sax breaks, and “Family Tree” with Keb Mo guesting on guitar and vocals provide a nice counterpoint.

Tasha Taylor drips soul, so if you want some wonderful modern day soul, then you will find Honey For Your Biscuit a tasty treat.

Music Reviews: Everything Else | Tagged: Butter For The Biscuit, Tasha Taylor |

No B By Jane Lee Hooker 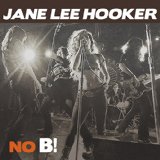 If you have a named your band Jane Lee Hooker, you better be able to play the blues, which brings us to five women from New York who have just issued their debut album No B!

Their sound is gritty and their approach is go into the studio and just play. The album is a culmination of playing in clubs and bars for the last three years, honing their skills as a unit, and their sound reflects their time together.

Their song list is 10 covers and one original. Oddly the original song, “In The Valley,” moves more in a rock direction, while their covers of such blues classics as “Mannish Boy,” “Bumble Bee,” and “Shake For Me” are raw expressions of modern day blues.

Jane Lee Hooker and No B are not for the faint of heart. Their approach has little polish but in some ways it is a reflection of what the blues are all about.

Music Reviews: Everything Else | Tagged: Jane B Hooker |

Man In Black: Live In Denmark By Johnny Cash 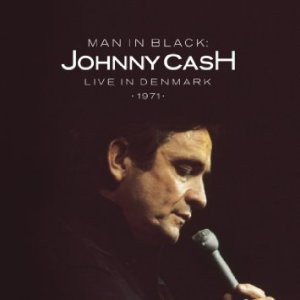 Johnny Cash is one of the corner stones of American country music. From his early days with the legendary Sun label until his death close to five decades later, he was a pillar of country music and a part of American culture.

He had a popular television show and his tours the last 30 years of his life reflected the format of that show. His concerts consisted of his solo songs interspersed among performances by his guests.

A number of Cash concerts have been released since his death. Man In Black: Live In Denmark was issued in 2006 as a DVD. Now it comes to CD for the first time.

It is a representative Johnny Cash concert, which makes it so enjoyable. There are no special bells and whistles; just a musician plying his craft.

Cash performs a number of his most recognizable hits including “A Boy Named Sue,” “Sunday Mornin’ Comin’ Down,” “I Walk The Line,” “Folsom Prison Blues,” “and “Man In Black,” which are all presented traditionally. Cash was a straight forward performer with little improvisation but if you want the hit versions of songs, then Cash is a performer for you.

Carl Perkins was the lead guitarist for Cash’s road bands for decades and always performed a few songs. Here it is his old Sun hits “Blue Suede Shows” and “Match Box.” His approach is perfunctionary but the songs are classics.

The Statler Brothers perform “Bed Of Roses” and “Flowers On The Wall,” Again, there is nothing spectacular but just a presentation of the familiar. Three duets with his wife June, including their hit “If I Were A Carpenter,” and then the whole Carter Family bring a personal touch to the concert. The concert ends with all the performers taking the stage. They have a gospel feel including an emotional traditional “Rock Of Ages.”

Man In Black” Live In Denmark 1971 is a performance frozen in time. It is one of thousands of typical performances by an extraordinary musician.

Some Other Time By Bill Evans 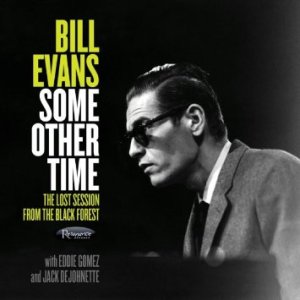 Bill Evans was one of the premier jazz pianists of the 20th century.  His technical expertise was unparalleled but it was his ability for conveying motion that set him apart from most of his contemporaries.

The Bill Evans Trio had performed at the Montreux Jazz Festival June 15, 1968. Five days later they were coaxed into a recording studio by German jazz producers Hans Georg Brunner-Schwer and Joachim-Ernst Berendt. The trio recorded more than an albums worth of material but due to label contractual obligations, an album was never released. Now, almost 50 years later, Some Other Time: The Lost Session From The Black Forest finally sees the light of day as a two-disc, 21 track set. Adding to the authenticity of the set are interviews with surviving trio members Eddie Gomez and Jack DeJohnette, a number of incisive essays by people originally involved in the project, plus many archival photos from the period.

What makes the release unique and so historically important to the fans of Evans is the trio itself. While bassist Gomez played with Evans for years, DeJohnette was only a part of the trio for six months and this is the first studio album to feature his drumming.

By 1968 Evans was an established force in jazz music. His was just finishing his swing period and was moving in a direction that would become known as his percussive poet years. The addition of Gomez had given his rhythm section a foundational depth lacking in the past. DeJohnette added more layering with a delicate yet dramatic approach in which the cymbals played a prominent part.

This is not an album of demos and doodles but rather a spontaneously created full studio album.

The trio relies heavily on material from the Great American Songbook. Songs such as “What Kind Of Fool Am I,” “I’ll Remember April,” “My Funny Valentine,” “You’re Gonna Hear From Me,” and “Baubles, Bangles And Beads” are all presented with conviction and passion as Evans explores the textures of the melodies and brings out some extra depths hidden in the songs.

Some Other Time: The Lost Session From The Black Forest has been a gem in hiding for nearly five decades. It catches a jazz legend at a crossroads of his career as he begins to move in a new direction. A must for all jazz aficionados.

Sounds Of Silence By Simon & Garfunkel

“The Sounds Of Silence” was written by Paul Simon during 1963 and an acoustic version was  included on the Simon & Garfunkel debut album Wednesday Morning 3 AM. The album and the song quickly disappeared and Simon moved to England.

Enter producer Tom Wilson. He had the Byrds “Mr. Tambourine Man,” when he asked the musicians from Dylan’s “Like A Rolling Stone” session to stay in the studio to record a new electric backing for Simon & Garfunkel’s “Sounds Of Silence” vocals.

On January 1, 1966, Paul Simon received an amazing New Year’s gift, when he received a call informing him that “The Sounds Of Silence” was the number one song in the United States; a position it would hold for two weeks. It would introduce the duo and their music to the world.