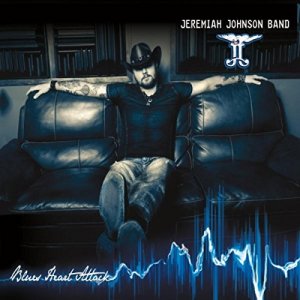 Jeremiah Johnson is a blue collar modern day American bluesman, who been leaning and plying his trade since picking up a guitar at the age of six. Named after the character in the 1972 western film of the same name starring Robert Redford, he has just released his new album titled Blues Heart Attack.

Guitarist/vocalist Johnson and his core band of bassist Jeff Girardier and drummer Benet Schaeffer, get to the heart of the blues with an energetic and well-honed approach. Fusing rock rhythms into his basic blues; songs such as “Everybody Party,” “Flat Line,” “Southern Drawl,” and “Get It In The Middle” are all wonderful blasts of blues power.

The music of the Jeremiah Johnson Band  is perfect for a smoky bar late at night or at home with your favorite beverage in hand. And don’t forget to turn it up loud.

This entry was posted on Monday, January 23rd, 2017 at 3:42 pm and is filed under Indie Music Reviews. You can follow any responses to this entry through the RSS 2.0 feed. You can leave a response, or trackback from your own site.