A Fistful Of Gumption By Randy McAllister 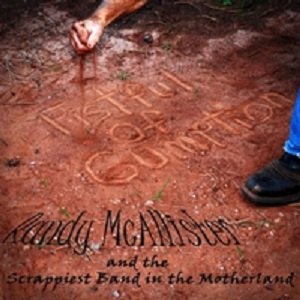 I don’t know how many drummer/harmonica players there are out there, but if there is a list Randy McAllister has to rank near the top.

McAllister is a blues/roots musician with some country influences thrown in for good measure. His sound may not be the smoothest you have ever heard but he more than makes up for it with energy, his superb harp playing, and three decades of honing his craft.

“My Stride,” “Leave A Few Wrong Notes,” and “East Texas Scrapper” all feature his harmonica virtuosity and leave one wishing many of the other songs would feature it more.

He has always been a competent song-writer, who is able to tell stories through his music. “Band With The Beautiful Buss,” “The Oppressor,” and “C’mon Brothers And Sisters” take the listener for a ride through the mind and soul of a Texas musician. “Ride To Get Right” is his ode to Otis Redding and Earl King.

McAllister’s 14th album covers a lot of ground but with energy and passion. Fistful Of Gumption is music for the mind and soul.

A Force Of Nature By Sari Schorr

Every once in a while an album sneaks up on you. A Force Of Nature is the debut release by Sari Schorr and why she waited so long is a mystery.

Schorr is a recent inductee into the New York Blues Hall Of Fame has opened for the likes of Joe Louis Walker and Poppa Chubby. She possesses an excellent song-writing ability but it is the power of his voice that puts he above and beyond the norm.

On her own compositions, “Ain’t Got No Money,” “Ordinary Life,” “Cat And Mouse,” and “Demolition Man,” her voice booms, purrs, and commands attention. Her cover of Huddie Ledbetter’s “Black Betty” transfers it to a modern day masterpiece. She even brings new energy to the old Motown classic “Stop In The Name Of Love.”

Sari Schorr has been around for a while. Hopefully A Force of nature will bring her some overdue attention and commercial success. 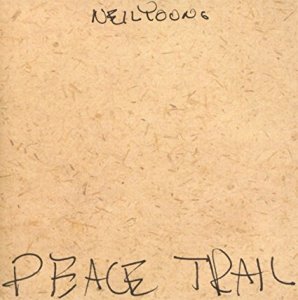 I don’t think Neil Young has ever issued a bad album in his half-century or so in the recording studio. His latest release, Peace Trail, may not rank among his best work but it is certainly above average.

The music is primarily acoustic and sparse as he only uses drummer Jim Keltner and bassist Paul Bushnell.

The album clocks in at 38 minutes divided between 10 tracks. The heart of the release is his socio/political material which has become more common as he has aged. More interesting are the times and songs when he looks inward and takes a more philosophical approach to his writing. There is an emotional connection to this type of material that seem genuine as he and much of his long-time fan base are facing their own mortality.

Peace Trail may not be his most memorable release but it does have a power to it. It will make you think and reflect and that is enough this time around. 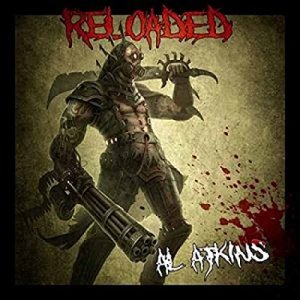 The brass ring was within reach of Al Atkins but it passed him by. During 1969, he formed Judas Priest with himself as lead vocalist. That band quickly imploded but he re-formed the band in October of 1970 with all new members. He left in May of 1973, just before the release of their first album, and the rest, as they say, is history.

For the last 40 years or so, he has maintained the faith. His career has existed on the periphery of success as he has fronted bands such as Holy Rage and the Atkins/May Project, plus released a number of solo albums.

His latest release, Reloaded, is his re-imagining and re-recording of ten songs from various parts of his career. It includes “Winter” and “Never Satisfied,” which he co-wrote and appeared on Judas Priest’s debut album.

At this point in his career, Atkins is who he is. He produces a straight forward brand of metal and hard rock. He surrounds himself with veteran musicians including Ian Hill (Judas Priest), Chris Johnson (Holy Rage), Rob Allen (UK), and current band mate Paul May.

Tracks such as “Cradle To The Grave,” “Love At War,” “A Void To Avoid,” and “Coming Think And fast” are pounding pieces of rock and roll with Atkins voice leading the way.

Reloaded is an introduction to Al Atkins. It may not change the face of hard rock but it helps gives a veteran of it his due.