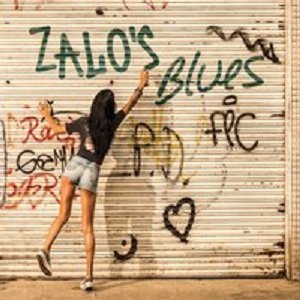 Gypsy guitarists are usually not household names. Gonzalo Bergara is one of the most accomplished gypsy guitarists practicing today. Now he has travelled in a different direction with his newest release Zalo’s Blues.

His new album is his first foray into not only an electric sound but an exploration of the blues. Backed by bassist Mariano D’Andre and drummer Maximilliano Bergara; he explores a number of blues forms including swing, shuffles, and rock/blues fusion. Through it all Bergara demonstrates why is one of the best guitarists you may not have heard.

Zalo’s Blues is an interesting album by an artist exploring a different art form. If you’re interested in something a little different, then this may be an album for you. 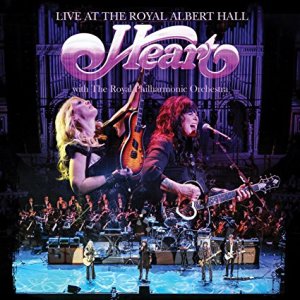 Heart is a Rock And Roll Hall Of Fame Band and Ann Wilson has one of the best voices in rock and roll. As the old saying goes; “she could sing the phone book and make it listenable.” Any Heart release, and especially a live album, that features her voice has a lot going for it.

Heart’s decision to perform at the legendary Royal Albert Hall with the Royal Philharmonic orchestra was a sound one. It was a new way to present their music, which for a band four decades into their career is interesting. I wish the orchestra could have been a little more involved in the overall creation of the sound, but all in all they do add so extra layers and textures to the material.

They mostly take the safe route in the selection of material, combining many of their well-known classics with some newer material.

Songs such as “What About Love,” “These Dreams,” and “Alone” fit the approach of The Royal Philharmonic well. The all have an atmospheric quality to them and Wilson’s voice soars above the music.

The hard rock tracks such as “Magic Man,” “Barracuda,” “Crazy On You,” “Dreamboat Annie,” and “Kick It Out” are more challenging for combining the rock group sound with the orchestra. They may not be as consistently excellent but they are interesting as they present they songs in an unique way,

I have read that the sound of the Blu-ray release is not up to modern standards but to my ear the CD sound is excellent.

Rather than release another straight forward concert album, Heart decided to travel in a different direction. Live At The Royal Albert Hall should be a treat for their fans,

Mockingbird Soul By Brigitte DeMeyer And Will Kimbriugh

Brigitte DeMeyer and Will Kimbrough have toured together, written songs together, and sang together. That musical relationship has resulted in their first album as a duo, Mockingbird Soul.

They have released an unpretentious, laid back album that travels in a number of directions, including blues, gospel, pop, and even some jazz. The vocal harmonies are spontaneous and meld together as if they had grown up singing together. The writing is cerebral in places but all in all it is a gentle and reflective album that fits sitting on the back porch late at night somewhere in the south.

“The Juke” features Demeyer’s sultry voice backed by the in and out of Kimbrough’s harmonica. “Little Easy” is a wonderful ode to Mobile with only some simple guitar lines to guide the sound. Oliver Wood, of the Wood Brothers, adds his voice to the wistful “Carpet Bagger’s Lullaby.” There is also an intimate cover of the Incredible String Band’s “October Song” that benefits from their vocals.

Sometimes the mood is light-hearted as with the bluesy “Honey Bee” and sometimes nostalgic as with “I Can hear Your Voice, which is about the presence of a lost parent.

This is a release where the production adds to the overall enjoyment of the sound. The voices and guitars are distinct. While their are other instruments at times, they do not intrude on each other or the harmonies.

Brigitte DeMeyer and Will Kimbrough have released an album of material that appeals to them. It may not change the course of popular music, but it is highly appealing and very listenable.

Music Reviews: Everything Else | Tagged: Brigitte DeMeyer, Will Kimbrough |

Good Lovin’ By The Young Rascals

Joey Dee and The Starliters had a huge hit with “Peppermint Twist. Joey’s backing band became the breeding ground for a Rock And Roll Hall Of Fame band as Felix Cavaliere, Eddie Brigati, and Gene Cornish would recruit drummer Dino Danelli and form the Young Rascals and help invent the term blue-eyed soul.

Their second single, “Good Lovin'” proved to be one of the signature singles of the 1960’s. The song had originally been released by the Olympics but the Rascals moved it over to an energetic rock and roll classic.

By the time they had their second number one hit, mercifully the uniforms were gone.