There are and have been tens of thousands of local bands trying to make good. Some have a modicum of talent and manage to play local clubs for years and sometimes decades. Every once in awhile, one of them makes good for one shining moment. Enter ? & The Mysterians.

Rudy Martinez was born in Mexico but grew up in Michigan. He formed his own band and wrote “Too Many Teardrops,” which would become “96 Tears.” It was a part of their live set and was the B side of their local single release “Midnight Hour.” It was “96 Tears” that began receiving airplay and the Cameo label picked it up.

“96 Tears” was a surprise national hit and reached number one for the week of October 29, 1966. ? & The Mysterians had a couple more entries into the Top 100, but by the end of the decade they had disbanded.

In 1981 rocker Garland Jeffreys took the song back to the Top 10. The renewed interest enabled Martinez to put the Mysterians back together. He and they have performed of and on since the early 1980’s.

“96 Tears” was named one of the greatest 500 songs of all time by Rolling Stone Magazine and the band was inducted into the Michigan Rock And Roll Hall Of Fame, proving that one shining moment can sometimes can last a lifetime.

Reach Out, I’ll Be There By The Four Tops

The Four Tops, Levi Stubbs, Duke Fakir, Renaldo Benson, and Lawrence Payton, were a rare group that performed together 1953-1997 without anyone leaving or joining. Only Payton’s death during 1997 ended their 44 years together. Time passes and as of this writing, 83 year old Duke Faker is the only surfing member and still leads the group.

The Four Tops were part of the Motown machine and were a hit making machine during the second half of the 1960’s.

“Reach Out, I’ll Be There” was their second number one hit. October 15, 1966 was the magic day it hit number one, and there it remained for two weeks.

Cherish By The Association

“Cherish” by The Association is on of those pop masterpieces that remains relevant over 50 years after its initial release.

The Association is often somewhat ignored in the history of pop music. They were primarily a singles band who placed a dozen or so songs on the Top 100 Chart. They reached number one twice and just missed when “Never My Love” topped out at number two.

Their most famous release was Cherish, issued during August of 1966. It had a quick ride to the top of the charts as it reached number one September 24, 1966, and remained there for three weeks.

As of this writing, The Association is still on the road over 50 years later.

Children Of Paradise By Willie Nile 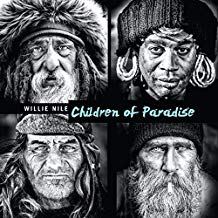 One of the kings of American rock and roll has returned with a new album. Willie Nile released seven albums during the first three decades of his career but now they are coming more quickly as this is his fifth release since 2013.

Lately he has issued an all piano album and one of Bob Dylan covers. Children Of Paradise is a return not only to his roots but to the roots of American rock as he has produced an album of all new compositions.

The album cover is representative of the contents. The faces are photographic images of people from his Greenwich Village neighborhood. While the portraits are of people rejected by society, the songs hook into and bring to life the dreams and realities of their lives. In many ways, the album is thematic in approach; all tied together by the album closing “All God’s Children.”

Songs such as “Seeds Of A Revolution,” “Gettin’ Ugly Out There,” “All Dressed Up An No Place To Go,” “I Defy,” and “Secret Weapon” have created a powerful album that runs from desolation to hope and all points in between.

The sound is basic and elemental rock as he is mostly supported by his live band, guitarist Matt Hogan, bassist Johnny Pisano, and drummer Jon Weber plus a few guest musicians. It adds up to infectious and thoughtful music that is appropriate for a party or late at night.

Niles has been a force in American rock and roll since he opened for the Who’s 1980 American tour. Children Of Paradise cements his status as a premier songwriter and musician. It is also one of the better albums of his career, which is very high praise.

Music Reviews: Everything Else | Tagged: Children Of Paradise, Willie Nile | 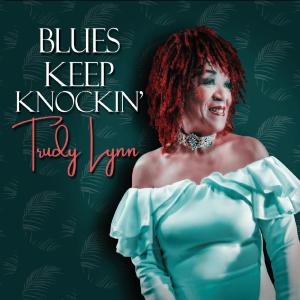 Many people are very superstitious about the number 13 but Trudy Lynn is hoping that it is lucky for her as Blues Keep Knockin’ is her 13th solo album release.

She has becomes a blues staple. Her 2016 album, I’ll Sing The Blues For You, received a Blues Music Nomination, while her 2014 release, Royal Oaks Café, reached number one on the blues charts.

She is an interpreter of songs rather than a composer. She reaches back to the material of such classic blues singers as Etta James, Big Maybelle, Big Bill Broonzy, and Aretha Franklin among others.

She does not caress a song but rather overwhelms it with emotion and her big voice. “That’s Alright,” “One Monkey Don’t Stop The Show,” “I Sing The Blues,” “When I Been Drinkin,’” and “Never Been To Spain” all succumb to her passionate and energetic approach.

She is a classic blues singer. While her band, particularly when her brass section plays, has a modern feel; but when she sings on the breaks, she transport the listener back to the era of smoke filled clubs late at night.

Blues Keep Knockin’ is another strong effort from Trudy Lynn, so grab your favorite beverage, turn down the lights, and enjoy one of the better female blues singers working today.

Omnivore is one of the leading reissue labels in the world. They have recently turned their attention in a reggae direction. They are currently re-issuing a number of reggae releases from the Nighthawk label.

Ronnie Davis (1950-2017) was born in Jamaica and was a member of several groups including The Tennors and Itals. He embarked on a solo career and by 1995 was fronting Idren. His classic 1987 album Come Straight has now been re-released with two previously unissued bonus tracks.

Idren consisted of Lloyd Ricketts, Robert Doctor, and Roy Smith who provided the harmony and backing to Davis’ lead vocal. They used a basic band to provide the instrumental backing.

They produced a gentle sound that was driven by Davis’ light vocals and the tight harmonies of the supporting trio. They tended to be less controversial and edgy that many of their contemporaries but at times could be powerful.

All the songs are self-penned and in many ways brings their philosophy of life to music. “Repent” is a song of redemption, both personal and corporate, while “Two Roads” explores eternal choices. Through it all runs theological musings and thoughts.

The music has been re-engineered from the original master tapes to create a dynamic sound, which puts the voices up front and picks up the nuances of the harmonies. The new liner notes are by Nighthawk co-founder Leroy Jodie Pierson.

Come Straight is a subtle yet enduring album. It provides an excellent entrance into  the world of late 20th century reggae music. It is a world worth exploring.

What’ll I Do By Nobody’s Girl 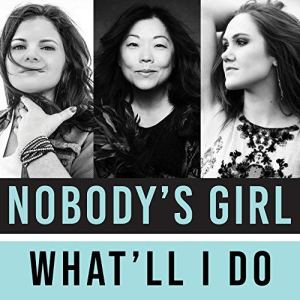 Rebecca Loebe, Grace Pettis, and Bettysoo were fixtures on the Texas folk scene when fate came calling. They have combined their talents to form Nobody’s Girl and have released the 7-track CD, Waterline.

They are a basic three-part vocal trio who rely on their harmonies to drive the sound. Their music has a gentle quality to it, which contains an edge and retains a connection to their folk roots.

They collectively composed five of the seven tracks. They also provide a country oriented cover of Blondie’s “Call Me.”

Nobody’s Girl is a work in progress and Waterline is the first step on their journey. Their debut release is a good beginning.