Come On Down To My Boat 45 by Every Mothers’ Son 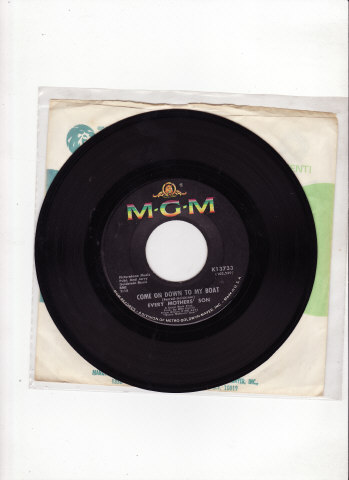 Every Mothers’ Son was a rock quintet out of New York City and the MGM Label had high hopes for the group.

Their faith was quickly rewarded as the single “Come On Down To My Boat” quickly climbed The American charts and reached the number six position in May of 1967.

It was a catchy tune with a good bass beat and adequate harmonies. It also had a melody that stayed with you for awhile.

Their second album would produce three more top 100 singles but none would enter the top forty. Their three year career would end by the group dissolving.

Today Every Mothers’ Son is remembered for one hit single and even that one is rarely heard on oldie stations. Still it is a good look into the simple and innocent pop sound of the sixties.

Small Record Reviews: The 45 | Tagged: Come On Down To My Boat, Every Mothers Son |