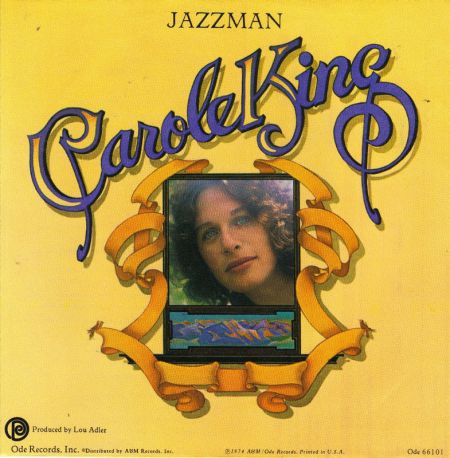 Carole King will always be tied to her album TAPESTRY, which topped the American album charts for 15 weeks and has sold 25 million copies worldwide.

One of the better songs of her career, outside of TAPESTRY, was the single “Jazzman.” Released August 31, 1974, it reached number number two on the BILLBOARD MAGAZINE Pop Singles Chart.

It had a little more bite than her usual laid back material. It remains notable for the lenghty Tom Scott sax solo which provides the foundation for King’s vocal. It remains one of the better performances of her distinguished career.