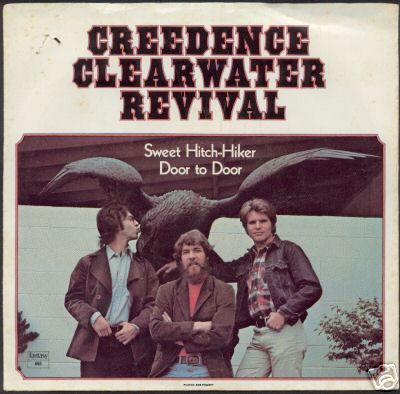 Tom Fogerty had left the band and they would soon fall apart, never to reunite.

John Fogerty would never re-unite with Doug Clifford and Stu Cook, even refusing to play with them at their Rock And Roll Hall Of Fame Induction Ceremony.

“Sweet Hitch-Hiker” was a typical catchy single by CCR and perfect radio fare during the late 1960s and early 1970s.

Comments Off on Sweet Hitch-Hiker by Creedence Clearwater |